When you start the MFA program at the Center for Cartoon studies, seniors speak in hushed voices about the assignment to end all assignments, the group project that generates tears and infighting, destroys friendships and shatters fragile sleeping patterns.

In the first class of second semester you are split into groups and seemingly arbitrarily handed a genre of Silver Age Comic to emulate precisely in two weeks.

In the actual Silver Age, writers, pencilers and inkers had a whole month to create an issue and proper editorial staff- but they didn’t have Photoshop or Steve Bissette.

While there was no sign of tears or infighting, after two weeks of 12 hour days my group found ourselves printing in the basement lab at 5am the day the project was due.

And our project was something else – none of us had ever done anything like this before.

Thrown back into the year 1966 our task was to create a TEEN MUSICAL COMEDY that would outsell Archie.

I have to admit, I never thought I would ever know as much as I know now about 1960s band comics from Josie and the Pussycats to The Monkees.

And so meet The Nowsills our Silver Age comic babies.. 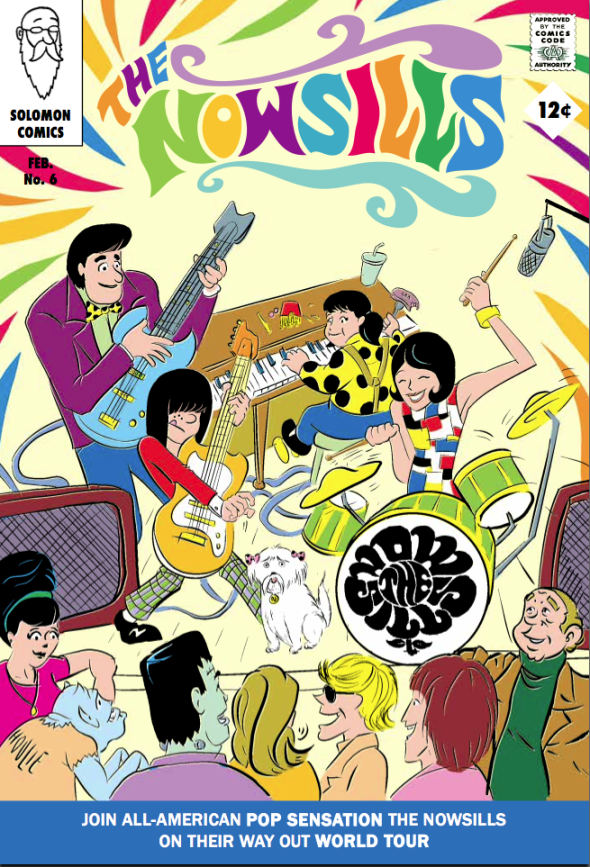 They should be credited with not killing me during this process.