On Wednesday, February 24 2010, I, Captain Eleri Mai Harris, Zombie Pirate Journalist, of the good ship Canhole, circumnavigated Lake Burley Griffin with one worthy crew – Seaman Vivienne Nunis, on loan from the ABC – in the name of organ donation.

At the crack of dawn we joined a thousand strong fleet of school girls and politicians in a journey that began (and ended) at Regatta Point to raise awareness of the dwindling supplies of kidneys, hearts, livers and bone marrow in this great land. There were balloons, boom-boxes, bikes and (later) egg and bacon sandwiches. 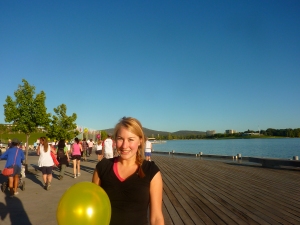 To protect our dear leader Kevin Rudd, Nunis and I made sure we were only two metres ahead of the bodyguards and trigger happy paparazzi. His precious canine, Abigail, was nowhere to be seen, but I think she would have been frightened by the Grandmaster Flash soundtrack the school girls subjected us to anyway. 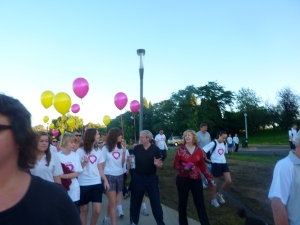